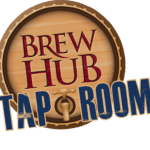 Brew Hub Taproom in St. Louis is an adventurous craft brewery and eatery, located directly across from iconic Forest Park. They opened their doors in March of 2018, featuring a four-barrel pilot brewing system, a distilling operation and a barrel-aging program.

They also serve beers from their 18-plus partner brewers, marking the first time these brands are available in St. Louis. In addition, they are constantly brewing new and innovative brews in-house on their 4 barrel system and served exclusive at the Taproom. No matter what style of craft beer you like, they have something for everyone.