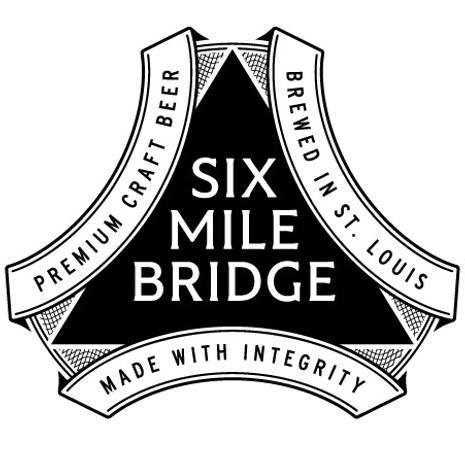 Six Mile Bridge came to life in 2015 as a brewery filled with the passion of its husband and wife founders, Ryan and Lindsay Sherring. Ryan hails from South Africa and began his brewing journey in 2012 when he founded 021 Brewing Company in Cape Town, focusing on quality ales. Lindsay is a St. Louis hometowner and an avid stout enthusiast. She soon joined the 021 team as marketing, and in addition to being married to Ryan, she married two of her passions: beer and marketing.

After enjoying the success of 021, the couple moved to St. Louis to continue their mutual passion of brewing distinctive styles of beer and founded Six Mile Bridge.

Named after a small town in Ireland, which is nestled exactly six miles between two major towns, the village has historically been a main thoroughfare where weary travelers and locals come together. Of course, they gather with new and old friends alike and share tales of their adventures over a pint of beer. Or many pints of beer!

You’ll experience a wide range of styles and pours when you visit Six Mile Bridge Beer. Most certainly, you’ll sip and savor both the beer in hand, and the relationships you have and those yet to be made. As the old Irish proverb goes, “There are no such things as strangers, only friends you haven’t met yet.”

*Be sure to check out the new line of limited edition barrel-aged beers, the Big Five Series,
that exemplify the attributes of the Big Five Game animals of South Africa.
An ode to Head Brewer and Co-founder Ryan’s heritage.
Bold beers that mimic the characteristics of each animal – strong, fierce, stealthy, powerful and regal.*