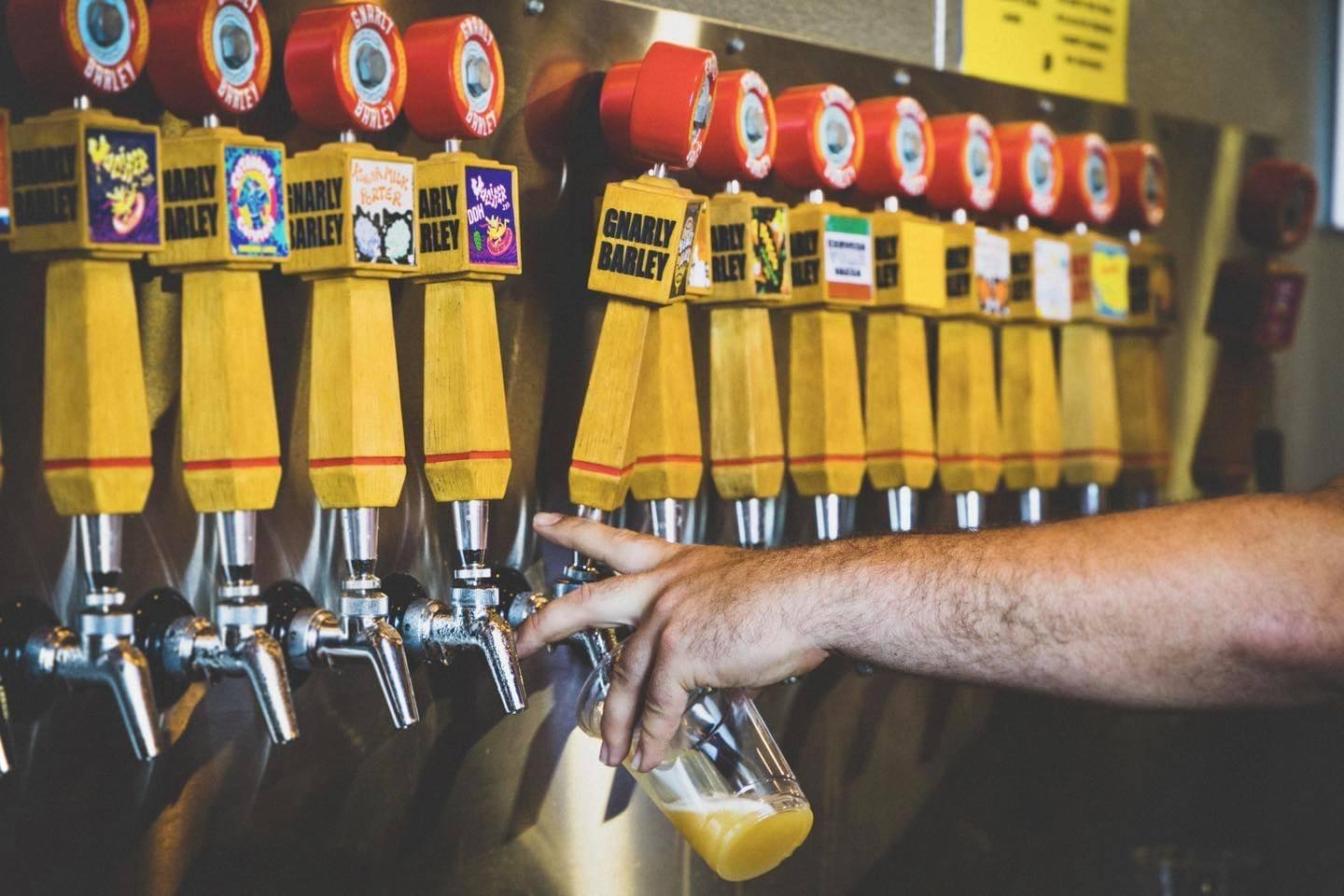 By Bob PickeringDecember 8, 2022 No Comments

Originating from the home of Zac and Cari Caramonta, Gnarly Barley Brewing got its start in a crowded garage, amongst the presence of two fat cats and a halfpipe. After being exposed to great craft beer, Zac began homebrewing, first, as an investigation into the brewing process, then with the objective to create beer equally as exceptional as the beers that had inspired him in the first place. Not long after, their garage took a form similar to a science lab and brewing became an addiction.

Gnarly Barley’s homebrewed beer debuted at the New Orleans on Tap beer festival with the Korova Milk Porter and the Hoppopotamus IPA.

Gaining positive feedback through local beer festivals and finding many comrades in the local brewing community, Zac and Cari sought to open a microbrewery, giving Zac a better excuse to indulge in his obsession.

Established in 2014, Gnarly Barley Brewing is located in a 10,500 square foot facility in Hammond, Louisiana and consists of a two-vessel 30bbl Brewhouse, one hot and one cold liquor tank, five fermentation vessels, one bright beer tank and a whole lot of passion for craft beer.