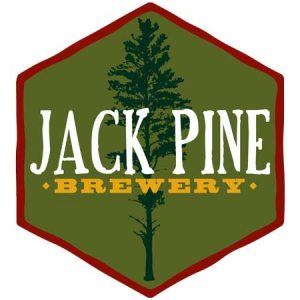 Jack Pine Brewery was started by a home brewer turned beer judge. After he started winning statewide homebrewing awards, Jack Pine founder Patrick Sundberg began to realize he was making some pretty good beer. He then started laying the groundwork for taking his hobby to the next level – the end result, Jack Pine Brewery, the first brewery in the Brainerd Lakes Area since prohibition

Jack Pine Brewery’s goal is to bring you a quality brew across a wide spectrum of flavors.  From light to dark, malty to hoppy, and even an award-winning pepper beer to spice things up, you’re bound to find something you like.  You might even be surprised with a well-made style outside of your typical realm of favorites.  Take a look at their taproom beer list below to see what they are currently pouring.