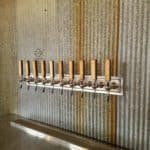 Owners Chris Van Horn, Michael Deutschmann, and Eric Ogilvie had a plan for the beer: farmhouse style – barrel-aged, sours, wild fermentation methods and yeast-driven flavors.  These are funky beers for people who don’t usually like funky beers. And for people who do. That’s the thing about this place: A tucked-away spot inside a tiny Illinois town, named after a pet rooster and inspired by an ironically named farm party is turning out fantastically innovative beer that’s making brewers, beer-lovers and even novices ask for another. 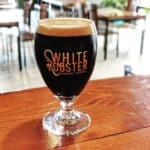 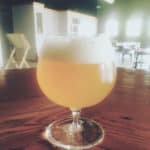